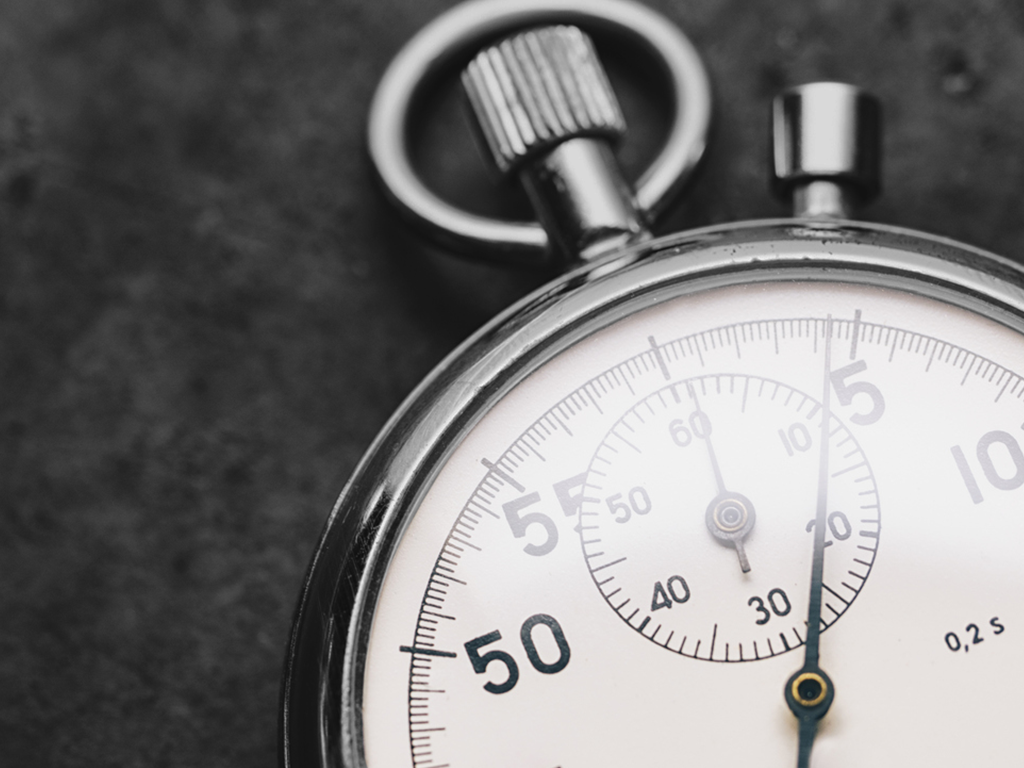 A New Twist on Legacy Technology: How the Pandemic was, in a Sense, ‘Perfectly’ Timed

As vaccinations of younger Americans become more common and CDC guidelines regarding social distancing and mask-wearing are maintained, it’s likely the worst of Covid-19 – variants notwithstanding – is behind us. We’re not breathing a sigh of total relief yet, but it’s clear, the great national masked exhale has begun.

And as sure as night follows day, the post-Covid post mortem has already begun. We will praise what worked. We will critique policies and policymakers that didn’t. And in general, we start reflecting on the most challenging healthcare crisis since the Spanish Flu a century ago. Except for the few thousand Americans over 103 today, the vast majority of us have never experienced anything like this before.

One aspect of the pandemic that will undoubtedly come under the microscope is technology. Specifically, the degree to which older, legacy technology continued to mature, and in a sense, met its cultural moment. It’s overwhelming to think what the impact of Covid-19 would have been nationally and globally had the pandemic struck even one or two decades earlier. Dial back the clock even further, and such contemplation becomes almost unimaginable.

In many cases, from self-service kiosks at airports and contactless payments in-store to augmented reality and facial recognition, all are examples of technology with roots that go back decades. But only now, in 2020-2021, have these technologies (along with other newer complementary ones) matured from sideshow novelties into essential economic, cultural and social engines. While not a perfect comparison, consider this: it’s estimated that the Spanish Flu caused a roughly 7% drop in global GDP from 1918-1920. In 2020, the global economy contracted 4.3% and was forecast to grow 4% in 2021. That amounts to a two-year contraction of only .3%.

In other words, Covid-19 for the global economy was barely a sniffle. And we have our advanced technological society to thank. What follows is a cataloging of some of those legacy technologies and how, in synergistic ways, it’s what’s saved our collective bacon.

Self-Service, apps and biometrics keeping airlines aloft
Developed in 1970 by IBM, American Airlines and American Express, airlines’ self-serve kiosks at airports have officially reached AARP status. Today, stalls are ubiquitous throughout all airports, but some travelers still don’t trust them.

Now they’re mandatory, so those who are still traveling during the pandemic can check in to their fight, look for alternate flights, select a flight for standby, check bags and get a boarding pass, all without human contact. Perhaps once thought of as, “Oh, I don’t know how to use that machine,” kiosks have become a required mechanism to keep people safer as they travel.

United Airlines has taken contactless help a step further and relied on app technology, predicted by Steve Jobs in 1983 and eventually introduced in 2008, to recently launch “Agent on Demand.” Travelers can access help via voice, text or a video call from their mobile phone rather than go to a counter for assistance and not expose themselves to another health risk.

Then there’s facial recognition, which has been around since the 1960s. Now it’s increasingly being used in biometric boarding to resolve Covid-19 related health risks and concerns for air travelers by removing interaction between passengers and airport employees or security officers and reducing the need to touch any equipment, significantly reducing the risk of infection.

Contactless payments ringing retailers’ registers
While not as senior as airport kiosks, contactless payment was gaining prominence around the time Madonna’s hit song “Vogue” was burning up the charts. Today contactless payment is ever-present and even mandatory for many brick-and-mortar establishments. No more cash where hands must touch dirty money. No more credit card receipts to sign where a pen must be passed back and forth.

More recently, but still about a decade ago – when LOL and OMG were officially added to the Oxford English dictionary – Google and Android introduced pay systems compatible with their devices using NFC in 2011. Apple jumped on the bandwagon with ApplePay in 2014. Add into this mix apps like Venmo, developed back in 2009 to enable friends to easily split bills for dinner, rent, tickets and the like. All of these allow people to use their phone to pay, again eliminating human contact and making the transaction process safer by avoiding person-to-person touch. Another benefit? They’re more secure than magnetic strips on the back of payment cards.

Augmented reality powering new ways to shop
Augmented reality (A/R), which emerged onto the scene in 1992 with Louis Rosenberg’s pioneering platform called Virtual Fixtures, the first fully immersive A/R system, has become a saving grace of this pandemic. Everyone has seen some aspect of A/R, although they might not realize it. For example, television started using A/R in 1998 to show the virtual first-down marker as a yellow line on a football field. In 2005, A/R apps started appearing on smartphones, the first being Nokia’s two-player A/R tennis game. In 2008, BMW was the first brand to use A/R enhanced print ads. But A/R really became mainstream with the launch of Pokemon Go in 2016, a location-based A/R game.

During this pandemic, A/R has emerged as a lifesaver for business. Take Sephora, the retail store famous for selling a plethora of skincare and makeup brands. They are using A/R shopping so women can “try on” a makeup color at home by enabling Sephora to access one’s smartphone or tablet video feature. It really works! I tried on several lipstick colors by Nars to test out the technology, and the color appeared exactly on my lips – and only my lips – no matter how I turned my head. I ended up buying three. When Covid temporarily closed jewelry brand Kendra Scott’s stores, the retailer introduced an A/R tool that allowed customers to virtually – and safely – try on different earring styles directly on their ears from the comfort of their homes and then make a purchase. Retailers were expected to spend $1.5 billion on AR and VR technology in 2020, building on the gains of 2019 when 100 million people were estimated to have used the virtual try-before-you-buy interface.

Remote working succeeds with legacy technologies
Finally, something we’ve all adapted to since the pandemic started in earnest is working remotely from home. Some very old technologies immediately became in demand as people moved fast to set up a home office, buying up laptops, monitors and scanners. Companies mobilized cloud computing, which gained popularity in the late 1990s, so employees could save and share documents quickly and easily. Collaborative work tools like Google Docs, created in 2006, have saved the day. Zoom, launched in 2013, promptly enabled companies to conduct business face to face. In fact, Zoom is so in demand that its stock price soared from $68.04 on Dec. 31, 2019, to a high of $223.87 on June 3, 2020, more than a 200% increase. Slack, released in 2013, emerged on the scene in a big way to allow instant messaging, once the province of internal corporate networks, between remote workers.

ThinkInk was thinking ahead…
What’s interesting is that ThinkInk has been successful at remote working since 2005. While we still had an office in Miami for “structure,” we could save on other offices and their myriad expenses as ThinkInk grew. We could also save time and travel by meeting with clients through Zoom. We meet face-to-face with them to get to know each other and share the personal touch so necessary to a strong client relationship. But the minute the call is over, we can all get right back to work instead of spending a day traveling home from the client’s site.

Best of all, we can draw upon talent wherever the best talent resides. Along with our team spread throughout the US, we have team members in London and Brisbane, Australia, and a team of freelancers in Latin America in New Zealand. We use Teams and Zoom for online meetings to keep everyone united. Importantly, working from home makes our employees happy, and we all know that happy employees are the most productive and do the best work.

While the pandemic marches on, we have technology to thank for helping many businesses continue running and keep our economy going. Where we will all be when Covid finally subsides, no one knows for sure. But I’m confident advanced communications and payment technologies will keep saving the day. 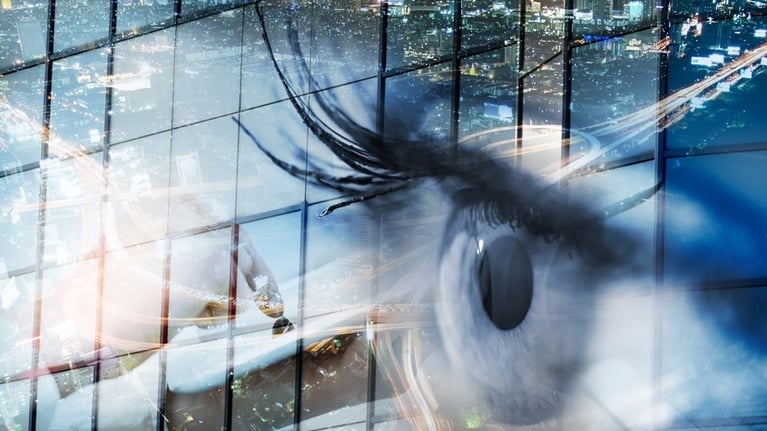 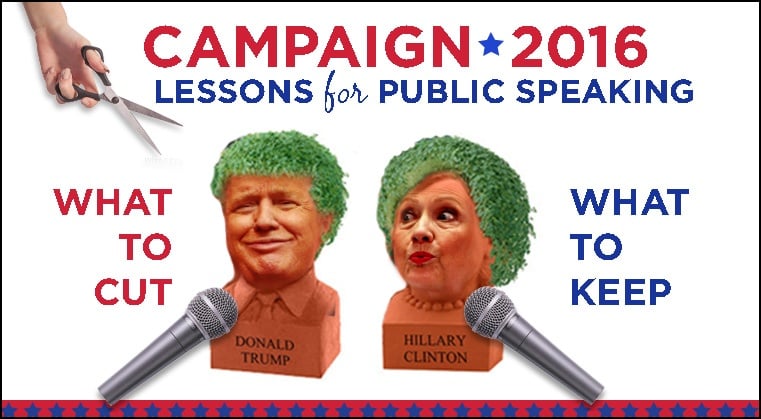