The American public has been on a wild ride over the course of this Presidential election cycle – although I predict the most exciting (and shocking) events are still to come before Election Day on November 8.

As the huge field of presidential candidates was whittled down to two contenders, we’ve seen a lot of talking heads move their mouths behind podiums… and not every speaker’s moments on stage have been memorable for the right reasons.

This unprecedented campaign season is evergreen in at least one respect: It’s a reminder of the eternal importance to ace every high-value speaking opportunity – or at least to deliver the best performance you can, every single time.

Following a long slog of months-upon-months of listening to the 2016 presidential candidates (and their closest confidantes), debate their positions, defend their decisions, wisecrack, and – in some cases – crack up, I’m reminded how important the following best practices really are.

Be Prepared (But Don’t Overdo It)
Before any speaking engagement, think through the talking points, key messages, and main ideas that are most crucial for you to communicate. With an adequate amount of preparation around a considered set of themes and remarks, you’ll be more likely to cover all of your bases.

But there’s a difference between “prepared remarks” and “canned remarks,” as Marco Rubio learned when he went robotic by overusing his favorite go-to campaign line in a February debate. Relying on well-chosen words alone won’t get you anywhere if you can’t communicate them in a compelling, candid way. Before taking any stage, remind yourself that your input is too valuable to let it come off as boilerplate.

Be Genuine (But Know Where the Line is)
Presenting yourself in an authentic manner is an absolute must. Being yourself on stage is vital to success. Think of Bernie Sanders speaking from the heart about income inequality, or of Chris Christie’s confident takedown of Rubio’s aforementioned debate gaffe. If you truly believe what you’re saying, an astute audience will always take note.

And while it’s good to be genuine and provocative, always be mindful that sometimes you should absolutely not voice your opinion. Poorly chosen words can and will come back to haunt you. Don't forget that sometimes keeping it real goes wrong. Case in point: Donald Trump’s massively inappropriate comments about Muslims, Mexicans, and almost every ethnic group. Remember, there's no excuse for crossing certain boundaries of taste and tact (and that being too vocal can harm the organization you're trying to represent).

Be Original (But Stop Short of Invention)
No discussion of originality in this election cycle could pass without mentioning Melania Trump’s speech at the Republican Convention – which came off a lot more unique when we heard it the first time, um, when Michelle Obama delivered it years earlier. Rather, the real speech-giving asset in Trump’s corner has been his daughter Ivanka, who spoke from the heart at the convention and communicated original, new stories we hadn’t heard about the candidate before.

But in delivering her original message, Ivanka also went too far by way of fabrication – claiming her father supported changing labor laws in support of gender equality, which he does not.

In your own speaking engagements, stay on course, stay on message, and stay true to the facts. Otherwise, you’ll only shoot your own original input in the foot.

We’ll talk about inserting one’s foot in one’s mouth at another time. 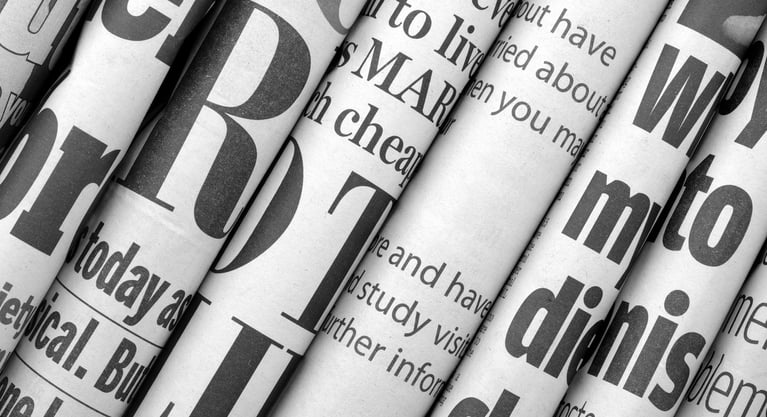